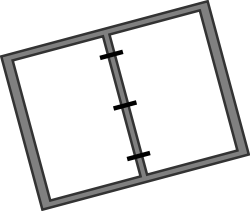 The Guilt of the Working Parent; mother or father, appears to effect all…

As Nicole Madigan points out in her recent BRW article “The Guilt of the Working Father”:

So topical have the challenges of balancing business and motherhood become, the media is abuzz with catchphrases for those striving to achieve it. Terms such as “mumpreneur”, “WAHM (work at home mum)” and “mummy millionaires” are now common euphemisms for women who seem to be getting the balance right – or are at least trying to.

But when it comes to men building businesses and raising a family, this issue is rarely given a second thought. In fact, unlike their female counterparts, the very existence of children in the lives of male entrepreneurs and executives is seldom discussed.

But contrary to common belief, trying to perfect the balancing act – and the associated stresses – isn’t exclusive to mothers. Many fathers experience intense guilt over time spent away from their children.

Managing that guilt and finding ways to incorporate active parenting into their lives often proves difficult for entrepreneurs, many of whom have put their hearts and souls into building their businesses, particularly those started before children came along.

Combined with Bernard Salt’s latest offering, based on Census 2006 and 2011 data,  “It’s no surprise, paid work outside the home dominated by Males”:

Generally, Australian women are much more likely than men too work up to 34 hours per week.

Men, on the other hand, are much more likely than women to work 35 hours or more per week.

And indeed the more hours worked, the more the worker is likely to be male.

…despite popular concern that “we are all working harder than ever”, the census data shows that this is simply not the case. In fact the reverse is true: at the peak of the boom in 2006 a greater proportion of the workforce was working long hours.

… we enjoy espousing the view that never before has anyone worked harder than we are working today. This is simply not true.

… while it’s true that women do twice the domestic housework of men, the fact is that men put in many more hours than women outside the home.

So, even though we say we want life to change, and do more of the guilt-free activities, seems we are not enabling ourselves to do so with the arrangements we currently work within…

and who’s the only person that can change that?

How planned do I want to be?
How much easier do I want to make it for my nearest and dearest?
Is it actually making it easier, if I plan what I want and how?
Is it really about shielding others, or being in control for one last time?
Who knows?

I’m definitely a big one for Estate Planning, as I think that is only fair given I am the solo parent. But how far does that go? How far should it go?

A very special Mothers Day celebration, for those less fortunate…

Last Sunday (May 20) I had the good fortune to be asked to attend the 2nd Annual “Judith Horsnell Special Mothers Day” lunch. It all started like this…

… Christmas 2010, Webjet Marketing P/L made a generous donation to the Fr Bob Maguire Foundation.  Their PA, Judith Horsnell, prior to that time, had suggested to the staff to do away with Kris Kringle, and donate to a local charity instead; the Father Bob Maguire Foundation was chosen.
Tragically, Judith passed away suddenly, early in 2011.
A a special bond had been made however and since then, Webjet’s employees had been talking about the possibility of remembering Judith in a more tangible way, culminating in a “Special” Mother’s Day Luncheon, (the Sunday after Mother’s Day), for 40 disadvantaged mothers from the South Melbourne / Port Melbourne area. The first function, in May 2011, was sponsored by Webjet & its employees & was held at the Emerald Hotel.
Webjet’s Finance Director, Mr Richard Noon, said that many of his staff felt the need to do something to remember Judith by, for her generosity to others.  This is really about an event for others, and at the same time, to remember Judith. In some way, do something that Judith would have felt special about,  ‘Remember our friend, always helping others’.  We think this would make Judith smile…
This year, another “Special” Mother’s Day Luncheon was hosted at the same venue, for 50 disadvantaged mothers this time. Aagain sponsored by Webjet Marketing, in conjunction with the St Vincent de Paul Society.
A great day was had by all. The food was delicious (and plenty of it!), the company delightful, and the door prizes pretty impressive. It was a pleasure and an honour to be involved.
What will 2013’s lunch bring…