How Long Do You Hang On To The BIG Idea?

by theEmother | May 9, 2013 | build a Mother of a Business, business ideas & thinking, so you think you're in business, the business model 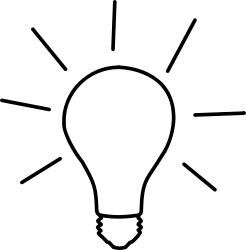 An idea has been rolling along, sometimes with momentum and other times stalled, for 14 years now. It is still almost the centre of the Dreamers world. Money has been spent, aeroplanes have been boarded, presentations have been made, so many coffees, lunches and dinners consumed… but has it all worth it? Will the “thing” ever get over the line?

Well, the Dreamer thinks so. Met him for coffee today (yes, another one) and got the updates on the status of a number of ongoing projects, all related to the BIG dream. With a select few that help keep it alive, there’s lots of interest (always is), lots of talking (always is), lots of nothing concrete happening though and lots of no money following suite! When do you cut your losses and stop?

“Never” is his response. It’s the reason he gets up in the morning and the reason he says up late at night. He firmly believes the world will be a better place once the BIG idea kicks in, which provides the ongoing flame to keep stoking the fire. If the Dream fuels the activity, is that such a bad thing? Regardless of whether it eventually ignites, or not?

Who are we to say? Maybe the world will be a better place and maybe it won’t. But if it provides a fire in the belly that drives continuous activity rather than instead performing veggie-like curled up on the couch, isn’t that the payoff? All hail to him I say, gotta love the commitment…