the importance of having around people you who Know stuff… 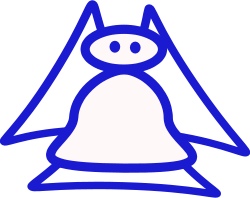 Having been through a meeting last week, where I had posed a question that everyone in the room should have also known to ask but didn’t, made it all too clear the need for tapping into the right skill set, not necessarily the cheapest.

The reason they didn’t have the advice offered? Because they had gone to their favourite garden variety advisors, who clearly knew nothing (in depth) about the topic at hand. In fact, they knew enough to be dangerous!

What it means now though is the direction we thought we were going in has changed course. Just as well I had the learned advisor to go talk to. Otherwise we would have ended up going down a what would have eventually been an expensive and inappropriate path, only to discover it was in fact wrong, if not potentially a little naughty.

Just today, I’m in a meeting with a prospective seller and he told us the price he wants for his business. When asked what it was based on, the (typical) answer given was “because my accountant said so” and “3x multiple is the norm, right?” Wrong! Especially in today’s market, there are no norms, hence why talking to a Broker who knows their stuff is equally as important.

But how to find such people?
There are always recommendations, agreed. More importantly for me though is the track record. Not just around the learning but absolutely around the execution, multiple times. Why offer yourself and your hard earned cash to be someone else’s guinea pig. I don’t get it.

Even though waiting for my learned colleague to return from a long overseas jaunt seemed to delay proceedings, I knew it was worth the wait because the guidance offered is worth it’s weight in gold, if not more, meaning we won’t be paying out a guinea pig premium!

What did make me cross was that each of the people sitting around the table had paid good money to go seek advise, only to have the exercise confirmed as a waste of time and money. It’s just plain wrong. I urge you to talk to those that know, Truly Know…